Mother Earth adorns different dresses in different parts of the world by virtue of its flora and fauna, and in  some places due to the sheer lack of it.The more we travel on the road less travelled, the more we discover such jaw-dropping locations like Iceland

Iceland was formed due to volcanic eruptions over the millenia and now has a plethora of geological phenomena to explore from hot spouting geysers, lava fields and geothermal spas to glaciers and frozen waterfalls.

Multiple eruptions over centuries have left their mark on Iceland in the form of the more incredible  landforms. This island has 30 active volcanos and the fire continues to burn! Basalt laden lava fields and tube caves, black sand beaches are particularly common here. Iceland alone comprises of one third of the world’s lava and this endless flow has sculpted the mountains and plateaus into remarkable forms that you really must see in Iceland.

The term geyser comes from the Icelandic Great Geysir (literally means “gushes” in the local language). This was the first to be described in printed source and means a periodically spouting hot spring.It used to hurl boiling water up to 70 metres in the air. Later the frequency of these eruptions reduced and now has stopped completely for a few years. Nevertheless one can still witness the Strokkur geyser about not too far away, that hurts a 20 m tall fountain into the air every  few minutes. We also visit Haukadalur on our Iceland tours where the heat from the volcanos produces hot springs, bubbling pools and fumaroles emit steam. That’s certainly a sight to behold.

The fire that burns beneath the mantle produces many geothermal hot springs, rich in minerals and the waters are diverted into a glorious man-made lagoon surrounded by lava fields. We do believe that such spa experiences are essential any time of the year and definitely a stress-buster for you.So relax, refresh and recharge ..an evening of pampering to bring back that glow …and the view and painting -like setting of aquamarine and black is surely a sight for sore eyes … all in all such a bucket list experience ! 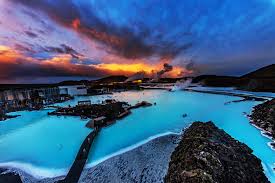 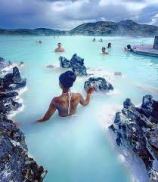 As the name suggests, this frozen island has the most awesome glaciers in the highlands and mountains. These are formed when the snow stays in one place for a long time and is compressed into thick ice masses with interesting patterns over centuries.

The most picturesque is the Jokulsarlon glacier lagoon near the southeast coast.The broken chunks of ice floating and shimmering in the lagoon are breathtaking and it opens into the sea at the black beach where seals swim in and perch themselves on the icebergs. Another priceless moment for the shutterbugs in Iceland. 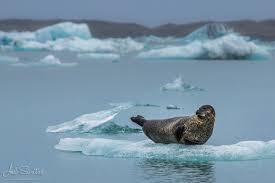 Sólheimajökull or Svínafellsjökull are the glaciers where we take our Iceland explorers with a thirst for adventure for a Glacier walk. That’s certainly not a mean feat because the glaciers move very slowly due to the sheer weight of the ice masses and have crevasses, ridges and ice caves.We explore those too for that truly icy feeling ! 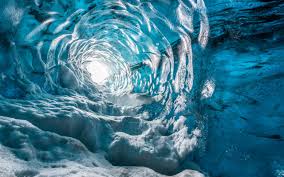 The melting of ice produces waterfalls, the most spectacular being the Gullfoss on our Golden Circle tour.

The list of “once in a lifetime experiences” in Iceland isn’t over yet. Thingvellir Rift valley where two continents collide and you can walk on the the ridge between the North American and Eurasian tectonic plates! Scuba enthusiasts can scuba dive or snorkel at Silfra where the continental plates meet and drift apart about 2cm per year! The glacial water is filtered by the porous lava and extremely clear so its a very popular dive site.

Iceland …A destination brimming with bucketlist activities for you and me!

4 thoughts on “Iceland : The land of fire and ice”