“I firmly believe that nature brings solace in all troubles.” Anne Frank

The next morning from the room with a view, we were sipping a cup of tea, watching the golden fingers of the sun caressing the top of the snow-covered Kazbegi mountain and shrubs of red qubi berries all around.

Needless to say, a leisurely holiday it was! No hectic timetables. We had all the time to stand and stare as we set off on a stroll through the meadows of grazing horses and sheep to the village down the hill, admiring the ever-enticing beauty all around.

Enjoying the best of the fall colors in all its glory as the sun shone brighter.

A hot shower, scrumptious breakfast and we were ready to bid adieu to the ever-smiling mumma at our Guest house Qubi. We drove to the city center to transfer to a four wheel drive vehicle for the rugged ride up to the Gergheti church.

The jaunt to the top was exhilarating, with some breathtaking vistas at every turn. The 14th century Gergeti Trinity Church features sixth in the The British Newspaper The Telegraph’s list of the world’s most stunning churches and that’s undoubtedly because of its location. It is also now a symbol for Georgia.

The spectacular view surpasses your expectations here. Its a great place to capture the ethereal beauty of the mountains on your camera. Although it was extremely windy at the top and we were almost blown away a few times, it energizes every fibre of your being and makes you feel so alive !

The arduous trudge up the hill had got our appetites raging and we couldn’t wait to wolf down what Ana had in store for lunch at Sharona’s Bar Cafe in the city center. The aroma of warm Georgian bread wafts through the kitchen door and when served with wedges of Georgian cheese, Sulguni, that’s sour and a bit salty too (nicknamed “pickle cheese”) makes it a perfect start to a heavenly meal. Some Georgian pilaf and Lobio (Kidney beans stew in a pot) and that’s the best vegetarian lunch combination!

My first wine tasting experience in Georgia…Saperavi (made it quickly to my favourites list and soon Ana was calling me Ms. Saperavi!) is Georgia’s most popular variety of red grape. It has an intense color, high acidicity and a potent flavor. In comparison the Kindzmarauli is a naturally semi-sweet wine made from the same grape variety.

Well, we didn’t have time for more extensive viticulture lessons this afternoon as we were now headed south west towards Borjomi, after exchanging warm greetings with the chef and hosts. The language of smiles and laughter knows no barriers!

If you were not a poet, artist or photographer before you came here, you would certainly become one, surrounded by these breathtaking landscapes.

We drove past the ski resort town of Gudauri to stop at the Russia–Georgia Friendship Monument for some beautiful photo opportunities.

Blue skies have a new meaning when viewed from the ancient Ananuri fortress. It is a medieval monument en route where a legend unfolds. Named after Ana of Nuri, it serves as a mark of respect to the woman who had sacrificed her life to protect its people.

There are two churches with carvings and frescoes from the 17th Century. The unmistakable old world charm here of the Methodists churches transports you to the days of yore.

We climbed the tall towers and walls for fine views of the turquoise waters and spell-binding landscape as it is built in a valley of two rivers.Some souvenir shopping and we were the back in the car to reach our next destination, Borjomi.

What’s for dinner ? Lobiani, the Georgian bean bread with Jonjoli, an appetizers made from pickled sprouts from a local bush. Relish on some smoked cheese and sausages and of course Saperavi wine (It just naturally becomes a habit!).When you are with Ana you can expect the best and really experience the country in its true sense !!! 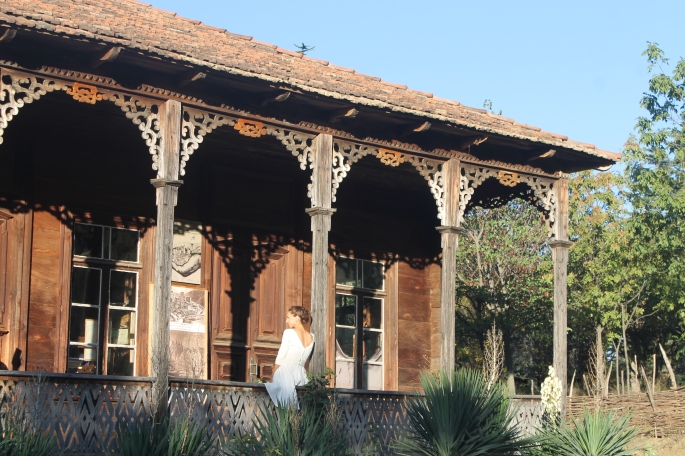 Unconventional destinations can be truly memorable, especially a country like Georgia, that nestles between two continents and cultures.

Tired of the popular tourist trails? Then Georgia is the place for you. In the last one year I had read and heard a such good things about Georgia that it kept playing on my mind and tempted me to plan this trip.

Travel partner : This time it was my fun and adventure loving friend Dr Anjali Patil. We had been to Greece together earlier. She just allows me to plan everything and goes with the flow. (P.S. I love such people!)

Georgian people: My friends in Dubai had told me how warm and friendly people here are and this entire holiday would not have been as amazing without our dear guide Ana.

I’m sure most of you are already packing….

Getting there :  Fly Dubai, the Emirates low cost psrtner connects flights from all over the world to Tbilisi.

Visa : US, GCC, UK and many country visa holders and residents done need a visa. Indians who dont have any of these, need to apply in Delhi and it takes about 2 weeks to get it.

Our 7 day itinerary involved spending time around Tbilisi in the regions of  Kazbegi, Borjormi and Kakheti and 2 days in Tbilisi  One could visit these regions as day trips from Tbilisi too but for the sheer joy of waking up in the crisp country air and mixing with the local people in guest houses, we chose overnight stays.

Our flight arrived late afternoon and we were greeted by Ana, our guide and driver Alex at Tbilisi airport. Driving through Tbilisi city center, we were headed north to the mountainous region of Kazbegi towards the Russian border.

We drove miles along the country roads, gradually ascending up the mountains. The first stop our speeding Prius took was to soak in the spell-binding landscape surrounding the azure waters of the Enguri river near the Jvari reservoir.

We rolled down our windows and breathed in the clean mountain air…now we were hungry too. Ana had some wonderful surprises in store for us throughout this trip. But I would say the first restaurant she had selected for our supper was the most spectacular!

As dusk was setting in, we stopped at a quaint and homely place along a gurgling brook. We frolicked over the old wooden bridge to the other side, exploring the log huts. A specially prepared meal awaited us; warm juicy khinkhalis (dumplings) and crisply baked khachapuris (traditional Georgian cheese-filled bread) with tkemali (Georgian plum chutney). Our host brought us a huge platter barbecued food next …it was a feast for the kings, in the most heavenly location….The best way to start your holiday!

A peek in the kitchen to learn the culinary secrets, lots of chitter-chatter with our hosts (translated by Ana of course!) and after striking a pose against the artistic wall, we were zooming again in our car on the Russia-Georgia highway.

Bidding farewell to our warm hosts, we drove through the popular ski town of Gudauri to reach our Guesthouse Qubi in Kazbegi for our first night. Tired yet excited about how the next day would unfold…..in the next blog !