On August 6, 1945, an atomic bomb wiped out most of the city of Hiroshima, killing over 50,000 thousand  people that day, and as many later as a result of exposure to the radiation and other effects. This spring, I stood on the soil of the city that was reborn from the ashes like a Phoenix.

The Atomic Bomb Dome was located almost directly underneath the explosion. It was not destroyed completely and the remnant of the building remains as a vivid reminder of what happened in 1945. The people inside it then succumbed to death instantly as  building was ablaze with fire on that fatal day. Whatever remained of the structure has been preserved so that the World doesn’t forget the sufferings caused by nuclear weapons and war.

As I walked through the Hiroshima Peace Museum, I was horrified by the images of people shorn of their skin, almost indistinguishable from what remained of their clothes and corpses lying around. They will be forever burned in my brain. The Hall of Remembrance was a tribute to all the fallen, and had the names of every single casualty. Each one of these people had a family, a life. The casualties were innumerable. Young children and infants who never got to live a whole life, those unfortunate people who managed to survive the blast but were killed years later due to ill effects of the radiation.

The Children’s Peace Monument was by far the most touching part of the museum. It was inspired by the life of a girl who developed leukaemia for life because she was exposed to radiation at the age of two. The monument contains several colourful artworks done by young Japanese children, as with a simple message, a wish for peace. A wish to stay alive and not live a life of misery with an untreatable disease. A wish to go to school and grow up like any regular child. A wish for all those in the world who are casualties of different wars to live a normal life. A wish to protect anyone else from this terrible fate. A wish for world peace

As I read the documents on the project displayed in the museum, I couldn’t wrap my head around the fact that the architects of this project did thorough research and still went ahead with it. The thought of destroying innocent lives for something as petty as revenge, even in a war, was something I just wasn’t able to understand. In fact, before the real atomic bomb was dropped on Hiroshima, 49 practice bombs were dropped on different locations killing or injuring more than 1600 people each. It wasn’t enough to cause one-time destruction; several smaller hits were some reason justified in a war. Not to mention the real atomic bomb that was dropped on Nagasaki, three days after Hiroshima, even after they’d seen the destruction it had caused.

The thought that struck me the most was the fact that this city had been reduced to almost nothing, yet it had bounced back stronger than ever. A Japanese politician, Kazumi Matsui had once said, “Humans destroyed Hiroshima, but humans also rebuilt it.” The undamaged parts of the city were back on their feet just a few days after the bombing. The entire city was rebuilt from the rubble even after a typhoon had swept the city, just after the bombing. Their efficiency is astounding.

The city of Hiroshima doesn’t give off the vibes of a once dead city. To someone with absolutely no knowledge of the bombing, it would seem the same as any other Japanese city. It is now a beautiful city, and is surprisingly modern.

Yet an eternal reminder of the devastation caused by nuclear bombs remains….. 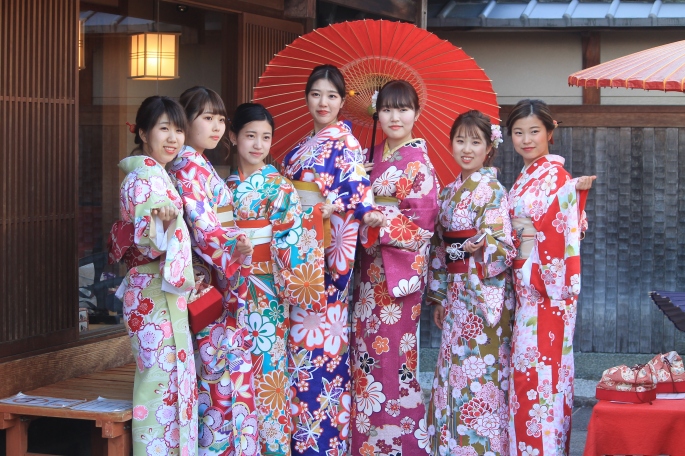 Kyoto…the quaint city with an unmistakable old-time charm. The beguiling beauty of Japanese culture comes to life and one must spend a few days here when you visit Japan. The cherry blossom season is such a cheerful time to be in Japan, the locals as well as the tourists have a happy spring in their stride. Striking a pose underneath the blossoms along Kamo River and especially at the Gion Tatsumi Bridge seen in the movie Memoirs of a Geisha, to get all those perfect pictures and selfies clicked.

Visiting shrines and wandering around Gion, the heart of Kyoto famous as the entertainment district and houses many traditional arts is a real pleasure as it is really the place where all the buzz is, be it day or night!

The walking tour begins at the top of Shijo Street at the Yasaka-jinja Shrine or also called Gion shrine. The most revered Shinto shrine in Kyoto, the local people flock here for blessings for every special occasion. It also hosts the Gion Matsuri festival in July. Get a birds-eye view of the Shijo street dotted with traditional lanterns on either side and walk down all the way down to the river to discover some special treats on Shijo-dori.

A leisurely walk through the atmospheric Higashiyama district towards the Kiyomizudera Temple (which means ‘Pure Water Temple’) has many delights of the Edo period to offer en route. Wander the Kiyomizu-zaka street sampling all the local specialties like Matcha sweets and pickles or munch on a steaming hot bao, admiring local pottery, wooden handicrafts and other souvenirs. The photo opportunities and views from the top are tremendous….especially at dusk!

Witnessing a Japanese tea ceremony in a traditional tea house is a option you can take on and learn the finer aspects of Matcha tea making! It certainly is a real insight into the Japanese culture (dressing up in a Kimono and with the classic hairdo and flowers is definitely the “in thing ” here, so indulge yourself if you want !). Each step of the process of making it is meticulously explained; from the whisking motion of the bamboo brush to the three clockwise turns of the cup before you take a sip, every step must be perfect and followed to a tee in this tea ceremony. You can sample the green tea whilst eating Japanese sweets made from seaweed by your gracious hosts.

Experience a night walk past the merchant machiya houses through Gion with its side alleys lined with old preserved houses. Many of these are now restaurants that serve traditional Kyoto style kaiseki ryori (Japanese haute cuisine) and others are ochaya (teahouses) where guests are entertained by maiko and geiko. You can wander around hoping to catch a glimpse of a geiko or maiko or go for a traditional Maiko dinner show, another unforgettable experience of Japan.

Savouring the local dishes and delicacies, like Dango or rice dumplings on a stick with s sweet sauce on the streets of Gion.
Head on to Nishiki market for some more foodie experiences or even the food courts at Kyoto station have many appetising options.

Walking through the streets of Gion is truly stepping back in time to capture the essence of ancient Japan in Kyoto. Yet there are some fine examples of modern architecture here to appreciate here, like the Kyoto station itself ! Bullet trains, regional trains, metros all at your service here to help you discover more about this amazing country, Japan……read all about it in more blogs in this series !

Truly the cherry on the cake of all our holidays so far, was our trip to Japan, especially so in the cherry blossom season. The hanami or cherry blossom festival is a once in a lifetime experience for all travelers with a wanderlust. I’m as excited as Marco Polo after discovering so many more treasures here even in this century in this “land of the rising sun”.

The Hanami or viewing of the flowers (hana) is a custom thats been celebrated for over a century in Japan. Cherry blossoms (Sakura) are transient, the trees bloom for two weeks in spring and really are a source of immense beauty and joy to the beholder. Within two weeks they will be gone, symbolic of so many other things in life that are temporary and so the Japanese people believe in celebrating the Sakura season and savoring the moments with great joie de vivre picnics in the parks and along riversides. So enjoy some great Sakura sites like Shinjuku Goyen and Chidori-ga-fuchi moat in Tokyo, Osaka Castle Park and the banks of the Motoyasu River in Hiroshima. Night illuminations dotted with pretty lanterns impart a special dazzle to the cities.

The Shinkansen or the bullet train experience really gives superfast a new meaning; kind of feels like being in a aeroplane on land. The best of safety, punctuality, technology and cleanliness all in one. Achieving this in a small curvaceous country prone to volcanic eruptions and still maintaining since 1964 a zero accident and mortality rate, with over 300 million users a year is no mean feat! You must try them all, the slower trains like Hikari have more stops, Kodama zooms at 270 km/h and then a Nozomi at 300 km/h. Thats Tokyo to Shin-Osaka (515 km) in roughly 2 hours & 22 minutes. Unbelievable but true.When another bullet train whizzes past you…Whoa! Thats a whole new feeling as well !

The forerunner of technology and modernization, Japan boasts of the most peaceful and ancient Buddhist Temples and Shinto Shrines. We visited all the iconic ones, especially in Kyoto. The Kiyomizu-dera on the hillside where one can appreciate fine views of the city of Kyoto and the Higashi Honganji Temple in the city centre are an oasis of serenity and devotion. Around the city we visit Kinkaku-ji or Golden temple with zen gardens and Fushimi Inari-taisha with over 10,000 vermillion red Torii gates. 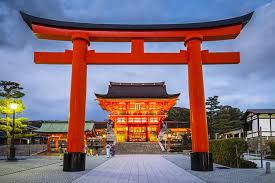 Matcha is the green tea or the daily elixir that you find everywhere you go in Japan and some unique matcha flavored sweets, even ice creams to my surprise! If you are trying matcha for the first time, chances are you might not quite like the flavour because it doesn’t taste like the green tea you are used to. Its a finely ground powder of specially grown and processed green tea leaves(with higher chlorophyll content so they are very bright green). But their health benefits really surpass the weird taste if you can get to like it. The traditional Japanese tea ceremony we take you to witness centers on the preparation, serving, and drinking of matcha as hot tea in a meditative and spiritual style. 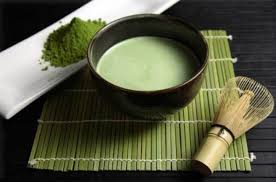 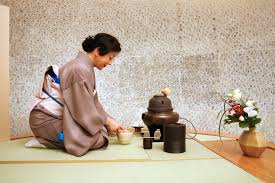 Japanese food: The variety of food available is unending from ramen and udon noodles to yakitori and sushis. Every city has its own specialities to offer like Okonomiyaki or layered savoury noodle pancake in Hiroshima and Kaiseki dori, a collection of dishes and courses in Kyoto. When in Osaka, relish the Gyozas (dumplings) at Dotonbori or some Ikinari steak in Tokyo. Food markets like Nishiki in Kyoto and the small alleys around the shrines are places you can sample a vast varieties of local food (mostly on a stick!). Bento boxes at stations and in the trains make sure you never go hungry, but eat many small bites of healthy food like the locals.

Arigatoo gozaimasu or thank you very much in Japanese is a term you will hear so much all the time in Japan and its been ringing in my ears since i came back. It conveys their humility and hospitality. They bow down to you and use the title of “San” as a mark of respect, holding on to age old customs and traditions, yet marching ahead in technology. Discipline and integrity is a way of life here and every citizen strives towards the goal of excellence. So many lessons to learn from this country maybe one tour won’t be enough?